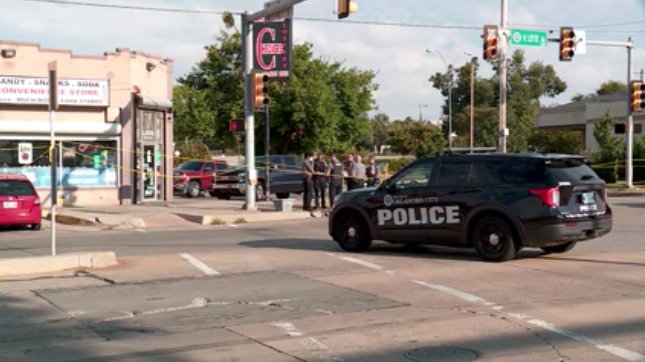 UPDATE: Woman dies in hospital after being caught in shootout in Oklahoma City

UPDATE: The woman who was shot in the face as she was caught between crossfire in a shootout in Oklahoma City on Friday has died.

Oklahoma City Police Department officials confirmed to KFOR that the woman died in a hospital.

The woman was crossing an intersection at Northeast 13th and Lottie when she was shot in the face.

Police officials told KFOR that two suspects were shooting at each other in the area of â€‹â€‹the intersection.

The suspects have not been apprehended, but police speak with passers-by and obtain descriptions of the suspects.

This is a developing situation.

OKLAHOMA CITY (KFOR) – A woman was shot in the face when she was caught in crossfire during a shooting in Oklahoma City on Friday afternoon.

The woman was rushed to a local hospital after the shooting.

Norman gunned down while inside house, police believe incident to be linked to series of house shootings

An Oklahoma City Police Department official told KFOR two people were shooting at each other in the Northeast 13th and Lottie area.

The official said it appeared the woman had been caught in the crossfire and shot in the face.

The condition of the woman is currently unknown. No information has been provided as to whether the suspects involved in the shooting have been identified or arrested.

This is a developing situation. More information will be provided as it becomes available.