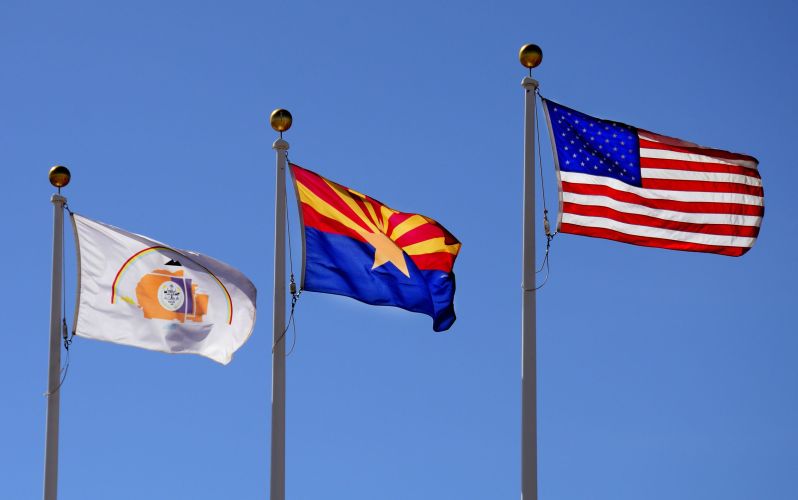 The National Telecommunications and Information Administration said Wednesday it awarded more than $634 million in tribal broadband grants this month, with the latest round of funding going to five indigenous groups in the Arizona.

The August grant spree, which benefited a total of 25 tribal entities in 13 states, grew out of NTIA’s Tribal Broadband Connectivity Program, which was established in late 2020 with $1 billion from a federal appropriations act and later replenished with $2 billion from the last infrastructure spending act of the year. The Tribal Grants Fund has since also been rolled into “Internet for All,” the Biden administration’s umbrella for NTIA’s Infrastructure Act-funded broadband programs.

Vice President Kamala Harris said Aug. 11 that the administration plans to issue more than $500 million for high-speed internet on tribal lands this month.

Commerce Secretary Gina Raimondo announced Wednesday’s grants — totaling nearly $106 million — during an event with the Arizona Intertribal Council. The largest prize, approximately $50.1 million, will go to the Navajo Utility Authority to build fiber and fixed wireless networks with speeds approaching 1 gigabit per second. Other grants went to the White Mountain and San Carlos Apache Nations, Hopi Telecommunications Inc., and the Pascua Yaqui Tribe. The awards are expected to provide high-speed internet service to more than 33,000 households and businesses on tribal lands.

Previous funding rounds this month included $143 million for Indigenous organizations in Washington and California, $146 in New Mexico$119 million five states in the Midwest and Mountain West and $49 million between the Oklahoma and Mississippi groups.

The Federal Communications Commission found in 2019 that nationally, fixed broadband reached only 79% of people living in tribal areas, compared to about 95% for the general population, and that only 46 .5% of tribal residents subscribed to broadband internet.

The gap is even wider in Arizona – and has been described “as big as the Grand Canyon” – where only 40% of people living in homelands have access to broadband as of June 2020, according to the United States Government Accountability Office.