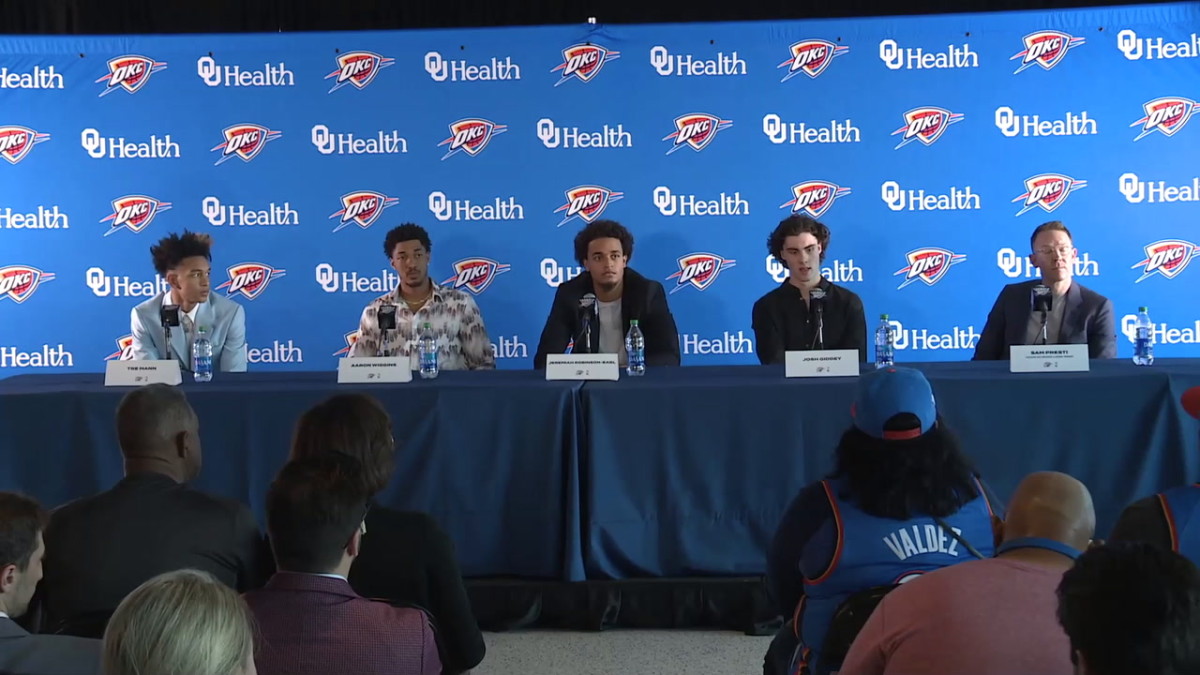 The Oklahoma City Thunder seem to be starting from scratch.

Despite being long separated from franchise legend Russell Westbrook and top two-way street player Paul George, the Thunder have still had a lot of talent in recent years.

For the first time in more than a decade, Oklahoma City will start the season without any player who has ever won an All-Star or All-NBA offer.

Eight players from OKC’s roster have yet to play in the NBA or wear Thunder Blue.

Change requires a â€œblank canvas,â€ as both general manager Sam Presti and head coach Mark Daigneault have called it.

“We have a pretty unique opportunity this year with this particular team because we have a kind of blank canvas staring us in the face.” said Daigneault. â€œIt’s not often that you get this opportunity, especially with a team of young talent like us, and we’re excited to take on this challenge and see what we can do with it.

Despite the absence of a former All-Stars, the Thunder have a future. Shai Gilgeous-Alexander’s blank slate comes with a hefty contract extension, but that hasn’t seemed to slow down his work ethic.

“As far as I’m concerned, as far as I know, every guy who puts on the Thunder jersey for every day he’s with the organization gets better that day.” Gilgeous-Alexander said on Media Day 2021.

Luguentz Dort, the undrafted fan favorite and now an extraordinarily young team veteran, knows the rebuild could be a learning process for many.

“I’ll say it’s definitely a learning process, â€Dort said of the young team. â€œI mean, there are a lot of young guys, not a lot of experience. The guys who were there before that definitely have to set the tone and be ready to compete every night â€,