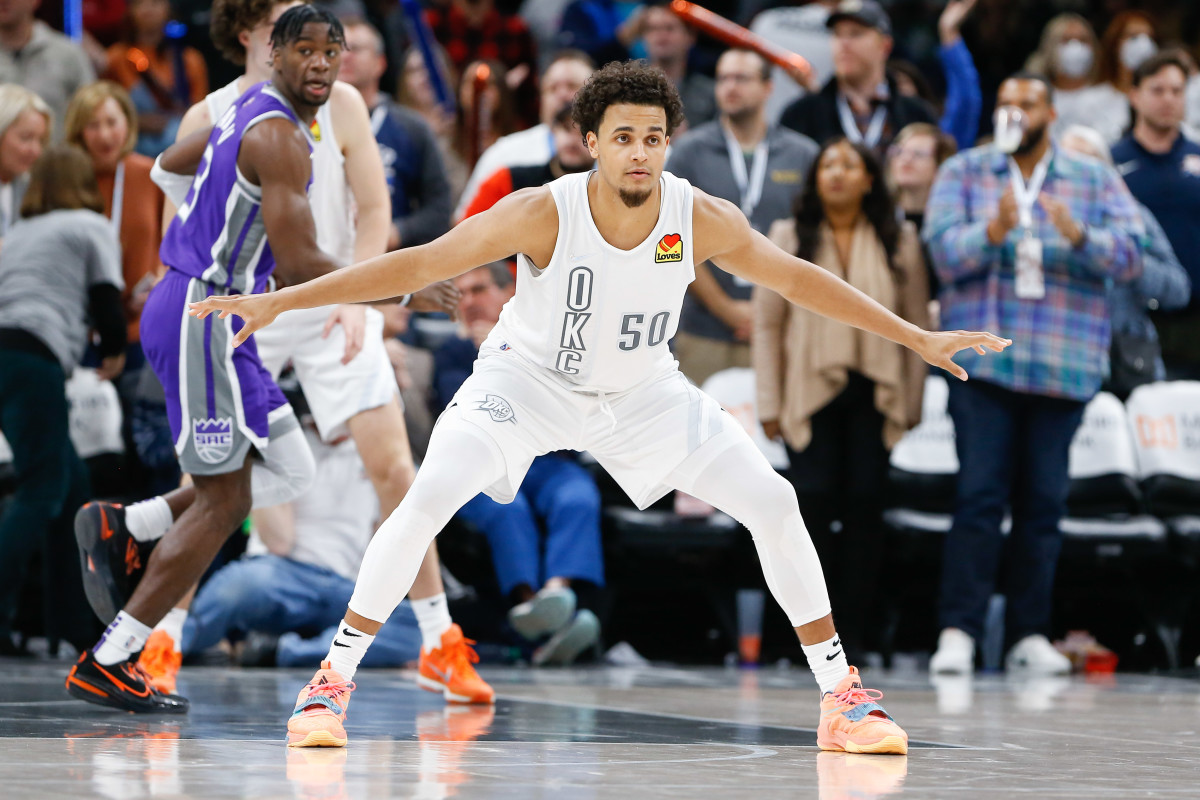 After hitting its prime for the first time, Oklahoma City has seen a lot of production from its rookies so far.

Most recently, sixth overall pick Josh Giddey and second round Jeremiah Robinson-Earl have each seen their production increase.

Giddey has played as a true Rookie of the Year contender in his last six games, scoring 14.7 points, distributing 4.8 assists and registering 8.7 rebounds per game.

He saw increased efficiency both around the rim and at distance, shooting 46% overall and 31% of three in 3.7 attempts.

Robinson-Earl has scored in double digits in his last four games. He started in three of them.

During that span, he scored 12.3 points and took 7.5 rebounds per game. He has scored ten points to 3 points in those four games.

Robinson-Earl was also a valuable contributor on the defensive end of the ball.

Eighteenth overall, Tre Mann has only played one game for the Thunder recently, scoring seven points on a 3-on-11 shot.

Mann is averaging 15.8 points, 4.7 rebounds and 3.3 assists per game with 45 percent shots on goal in six G-League games this season.

OKC is back in action against the Rockets on Monday, November 29 at 7 p.m.

Light up the Night: Chabad Oklahoma City continues the honored tradition – and we need it! | Judaism