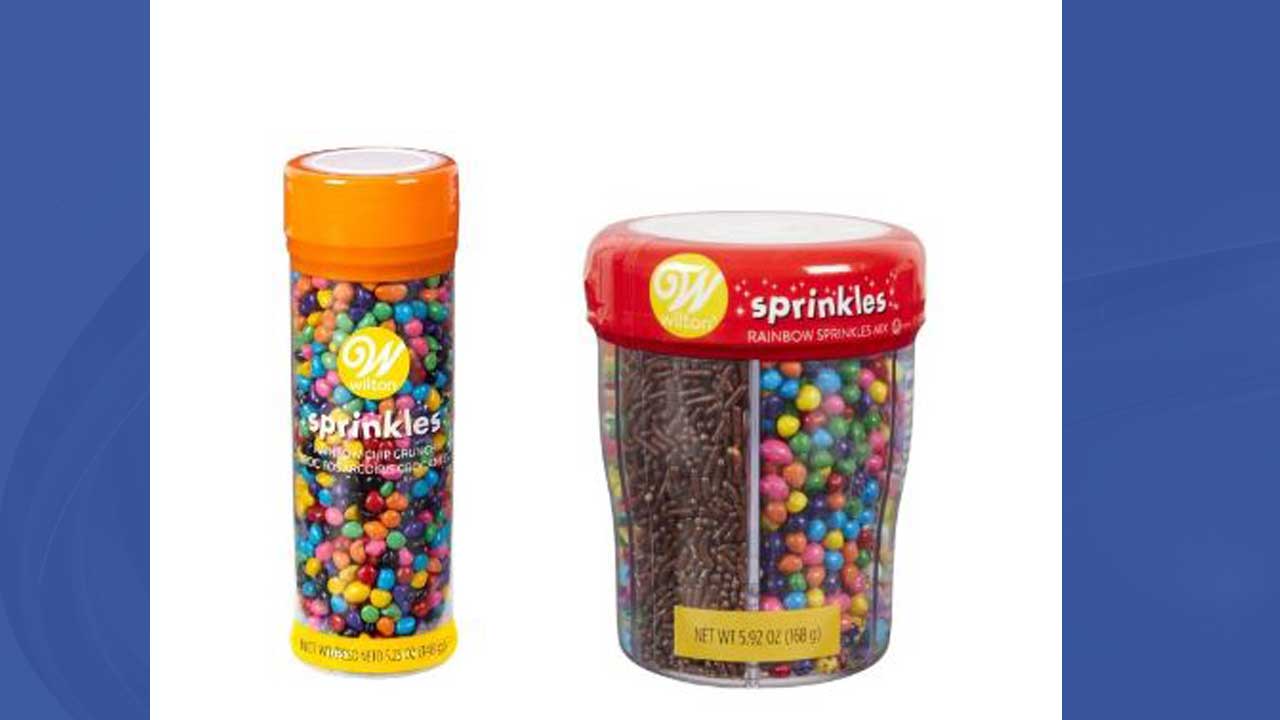 NAPERVILLE, Ill. (WKBN) — Wilton Industries Inc. announced that it has issued a voluntary recall for some of its Rainbow Nuggets.

According to a press release, certain lots of Rainbow Chip Crunch Sprinkles and Rainbow Sprinkles Mix are being voluntarily recalled.

“Although the product label indicates that it may contain milk, this recall is in progress because some samples of the product contained milk,” Thursday’s statement said.

If consumed by people who are allergic or very sensitive to milk, they run the risk of a severe or even fatal allergic reaction.

The recall is specific to the lot codes identified below.

Lot codes are located at the bottom of the container. Other lot codes have been deemed safe.

Consumers who have purchased these products should immediately dispose of them or return them to the place of purchase for a full refund. According to the press release, the affected products will be removed from the shelves of several retailers and distributors nationwide.

If consumers have any questions about this voluntary recall, they can email [email protected] or contact Wilton’s customer service team at 1-800-794-5866.