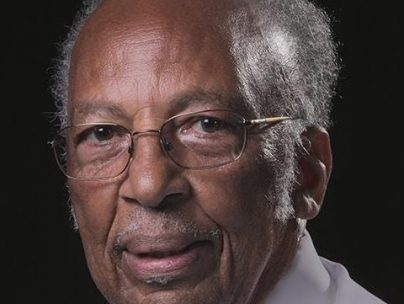 An Okmulgee man makes it his mission to restore a historic hospital. He said it’s the oldest black hospital still standing in Oklahoma. He asks for help to preserve his rich history.

Almost 100 years ago, if you were black living in Okmulgee and needed a doctor, Leman Lewis said there was nowhere to seek treatment.

In 1924, a group of blacks opened the Okmulgee Colored Hospital.

The hospital was staffed by black nurses, doctors and surgeons who used their skills to give back to their community. Leman said the hospital was a safe space.

“It was a necessity for black people,” Lewis said.

It was an active hospital until 1957 and the integration.

All these years later, the building is empty, but Lewis said hopefully it won’t be for long.

“Trying to bring it back to life,” Lewis said.

Lewis said that while this building will never be what it once was for the black community, he has big plans for the historic building. He wants to make an impact in Okmulgee.

“To make it just as important to the community this time as it was then,” Lewis said.

With his non-profit organization he founded, Landmark for all Generations, he is working to restore the building for historical and recreational purposes. Its objective is to have a multicultural center and a museum, to tell not only the history of the hospital, but also that of the people who worked and lived in the hospital.

His team said they couldn’t do it without getting new windows for the building. They must complete the renovation in phases.

They are in phase two to get new windows and doors for the building, and then they will move on to the next phase, which is to renovate the interior. They need the help of the community.

Landmark for All Generations applied for grants, sought financial assistance, and now they need your help to buy windows. The restoration vision is to remain as historically accurate as possible. This means custom windows and doors that are replicas of those used in the original construction in 1922.

Each custom window is installed at $2,100. Lewis and Roberds said they looked forward to a project that could impact the lives of those who come to visit Okmulgee.

Donations are greatly appreciated, but the organization is also looking for volunteers or anyone with a history with the historic hospital.

To learn more about Leman Lewis, The Okmulgee Colored Hospital and Landmark for All Generations, click here.