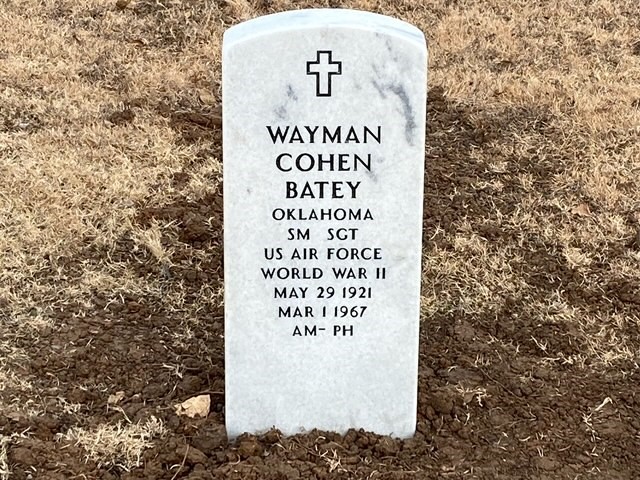 MOORE, Oklahoma (KFOR) – More than 50 years after his death, a group of aliens came together to replace the gravestone of a Moore veteran after he was found vandalized.

Every cemetery is filled with stories.

“There is a Find a Grave website, so there are requests for photos,” Sisson said. “So I decided to respond to some of those requests – to take pictures for people who live out of state or somewhere and cannot take their own pictures.”

Now she has added a brand new, gorgeous tombstone to her collection – but it has taken time and work.

While taking photos at Moore Cemetery several months ago, she noticed that the one that once stood in its place had been destroyed.

“It was just in the ground, you know, broken and even at one point it was in a puddle and it kind of broke my heart to look at that and see, you know, What a bad shape he was for anyone, but especially a veteran, ”said Sisson.

Sisson asked and was told it was the family’s responsibility to take care of it.

But Batey was dead in 1967 – and more than 50 years later his family was nowhere to be found.

So she turned to Cleveland County Veterans Coordinator Charlie Neely.

“I’ve helped families get tombstones, but it’s usually men right after the veteran’s recent death,” Neely said. “So it’s generally an accelerated process. I had never had one in this situation before.

This situation took longer – months more and a community effort – but it was worth it.

“Jeannie alerted me about this really shows that there are real patriots who really care about the sacrifices that have been made,” Neely said.

“Like everyone else, I appreciate his military service, and we are very happy that he can be recognized and that his stone is there to honor him,” Sisson said.

Neely filed the replacement documents with the National Cemetery Association.

Moore Custom Monuments placed the gravestone free of charge in honor of Batey.