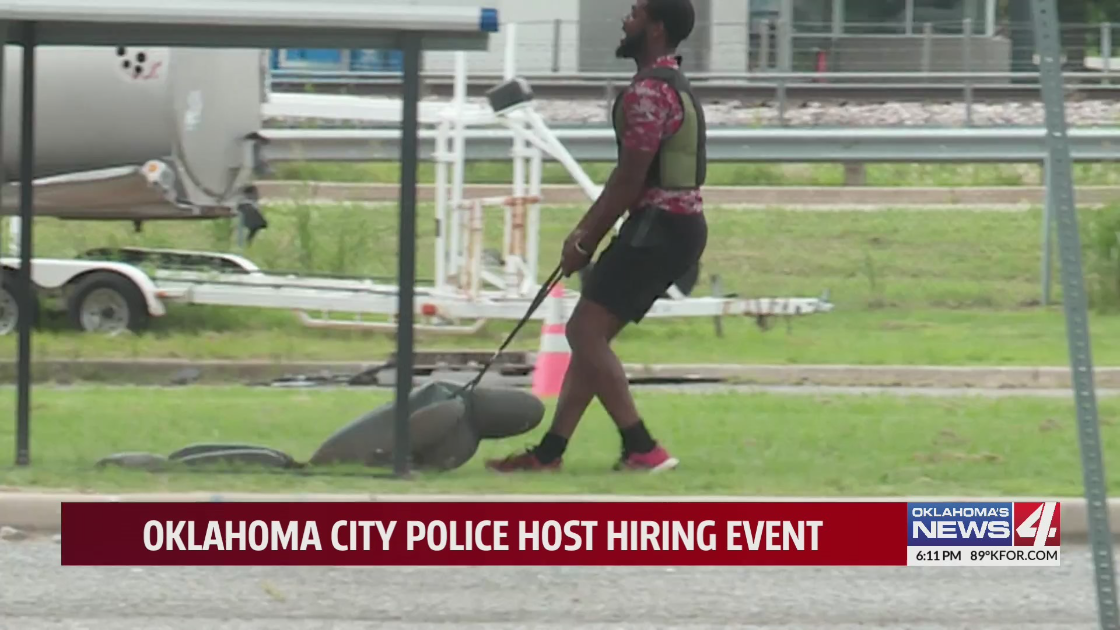 OKLAHOMA CITY (KFOR) – More than two dozen people showed up at a hiring event for the Oklahoma City Police Department this weekend.

On Saturday, the department allowed those interested in joining the force to see what it takes to reach the men and women in blue.

Jumping a fence in a foot chase, dragging someone to safety, and climbing stairs to reach someone in need are all activities that are part of a day’s work for a police officer. Oklahoma City.

â€œThis is the obstacle course that we actually do for the test to get into the academy, so we’re excited to have people here to try it out,â€ said Sgt. Megan Morgan of the Oklahoma City Police Department.

The police organized a recruitment even on Saturday at their Training Center. With up to 150 seats currently open on the force, Saturday’s event is big.

â€œThe goal is to get people who are interested here, to get them to apply and recruit them and hopefully they will be in the next academy,â€ Morgan said.

Police said nearly 30 men and women showed up to run this obstacle course, to get a feel for the process of being one of OKC’s best.

â€œI’m applying in December, so I’m trying to do whatever I can to improve myself, to move forward with the candidacy,â€ said rookie Jalon Warmsley.

â€œIt’s definitely a way to display my name, to introduce myself to events, to get acquainted with many faces,â€ said Zakoya Martinez-Flores, a potential caddy.

Potential recruits learned in class but also on the gun simulator. They had the chance to make virtual calls or make a virtual traffic stop.

â€œIt gives them the ability to make decisions. There are shoot and no shoot situations, â€Morgan said.

For potential recruits, getting used to officer life gets them closer to their goal of getting a badge.

â€œI definitely give back to the community I grew up in, being able to work in the neighborhoods I have seen and just give back to the people around me. It’s a good thing to be able to be that person for someone and to make them feel safe, â€said Martinez-Flores.

â€œI see all the negative comments about this and I know not everyone is like that, so I want to be a part of a good cause,â€ Warmsley said.

The Oklahoma City Police Department welcomes people between the ages of 21 and 45 to the academy.

For more information on the next hiring event or how to apply to the academy, visit www.joinokcpd.com