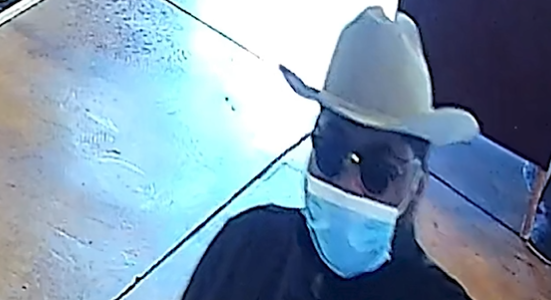 OKLAHOMA CITY (KFOR) – Oklahoma City police are searching for a dangerous armed robbery suspect who entered a dispensary, shot a worker and held a client at gunpoint.

It happened on June 15e northeast 63rd St. and Kelley.

The suspect walked in and fired a shot into a wall, threw a duck roll at the employee to start sticking his legs together, then told a customer who walked in shortly after to do the same.

It is important to note that no one was injured, but the police describe it as dangerous.

You look good in the video here.

The man took money and goods and fled.

“You get a really good look at him on the video. What he wears, what he looks like, how he moves things that way. We don’t know who he is, however, at this point. So any advice we could get from the public would be most helpful. Gary Knight, master sergeant and public information officer with the Oklahoma City Police Department.

A dispensary store worker told News 4 that police found the man’s hat nearby, which would hopefully lead to DNA evidence.

When asked by police if he posed a threat to the public, Knight replied, “Well, he came in and robbed the store. So, I mean, I’ll let you draw your own conclusions from that.

Anyone with information about this case should contact Oklahoma City Crime Stoppers.

“People can earn a cash reward through Crime Stoppers, up to $1,000 depending on the case,” Knight said.