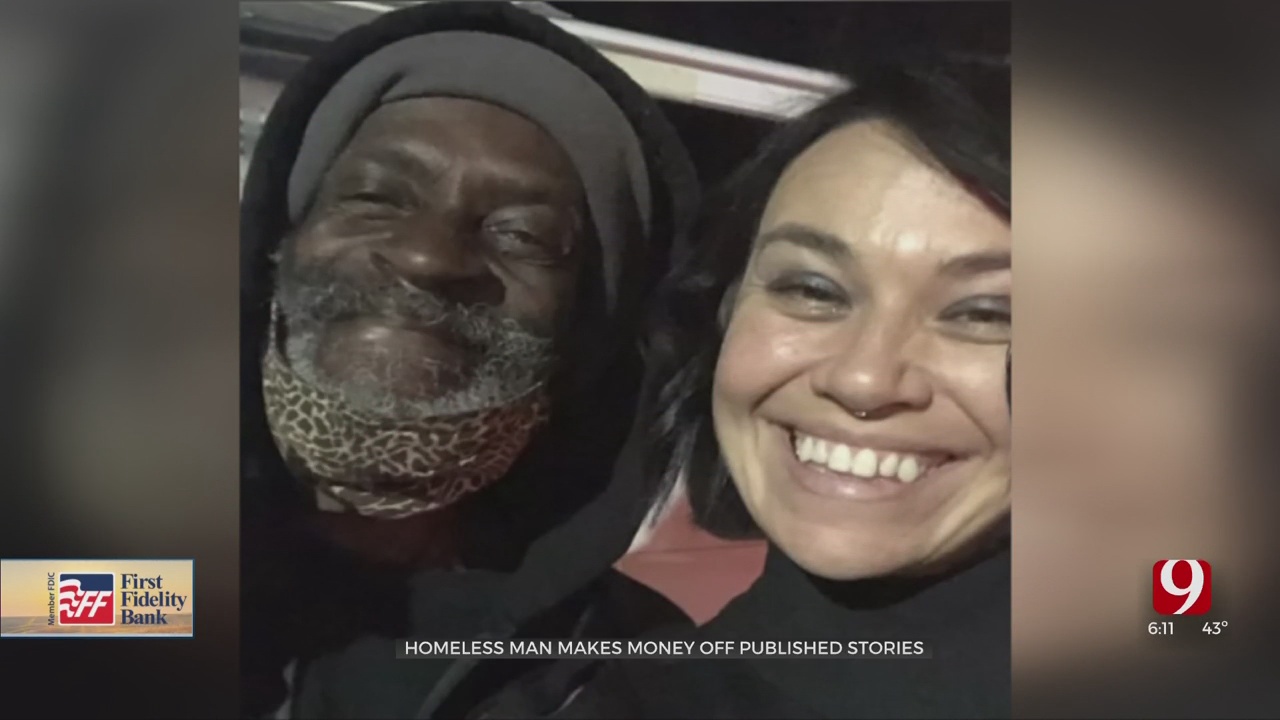 Oklahoma City man tells story of homelessness through his own eyes

Calvin Lambert has been homeless for over 15 years and his therapy for coping with homelessness is writing. That’s what helps him and his readers.

“I did my first story and it touched and touched a lot of people’s hearts,” Lambert said.

It was 2017 and the article actually caught the attention of the Journal Record and the Curbside Chronicles.

“They read my article and a lot of people understood it, downtown and very important people came to me and asked me and said Calvin, we need your help, we want to know some things on the lives of homeless people,” Lambert said.

Jessica Laster feeds the homeless through the Sandwiches with Love charity and remembers how she met Calvin.

“I was downtown and he came up to me and asked if I wanted to buy a book,” Laster said.

She had no money, so she offered what she had.

“I have donuts; you want to sell me a book for donuts? And he was like yeah girl, it’s okay,” Laster recalled.

That night she read Calvin’s story.

“I was blown away by, like, this man’s insight and his time on the street,” Laster said.

She knew it was a story that needed to be told.

“I just took it upon myself to take pictures of the book and reach out to my friends and followers and see if anyone wanted to buy a book,”

Laster began selling the books as PDF files, with all the money going directly to Calvin.

“You know, my hopes for Calvin are that he gets his books published, where they’re linked and that he can go to bookstores, and that he can make a profit from them. You know my hope for him is that he’s coming off the streets with his writing abilities,” Laster said.

“I’m just a person who is here in the world like everyone else, but my heart is bigger than I realize,” Lambert said.

Lambert has written seven stories and in addition to his writing, he also feeds his homeless friends hot dogs almost every Saturday.

Books can be purchased by messaging Laster through him The Facebook page of Sandwiches with love.