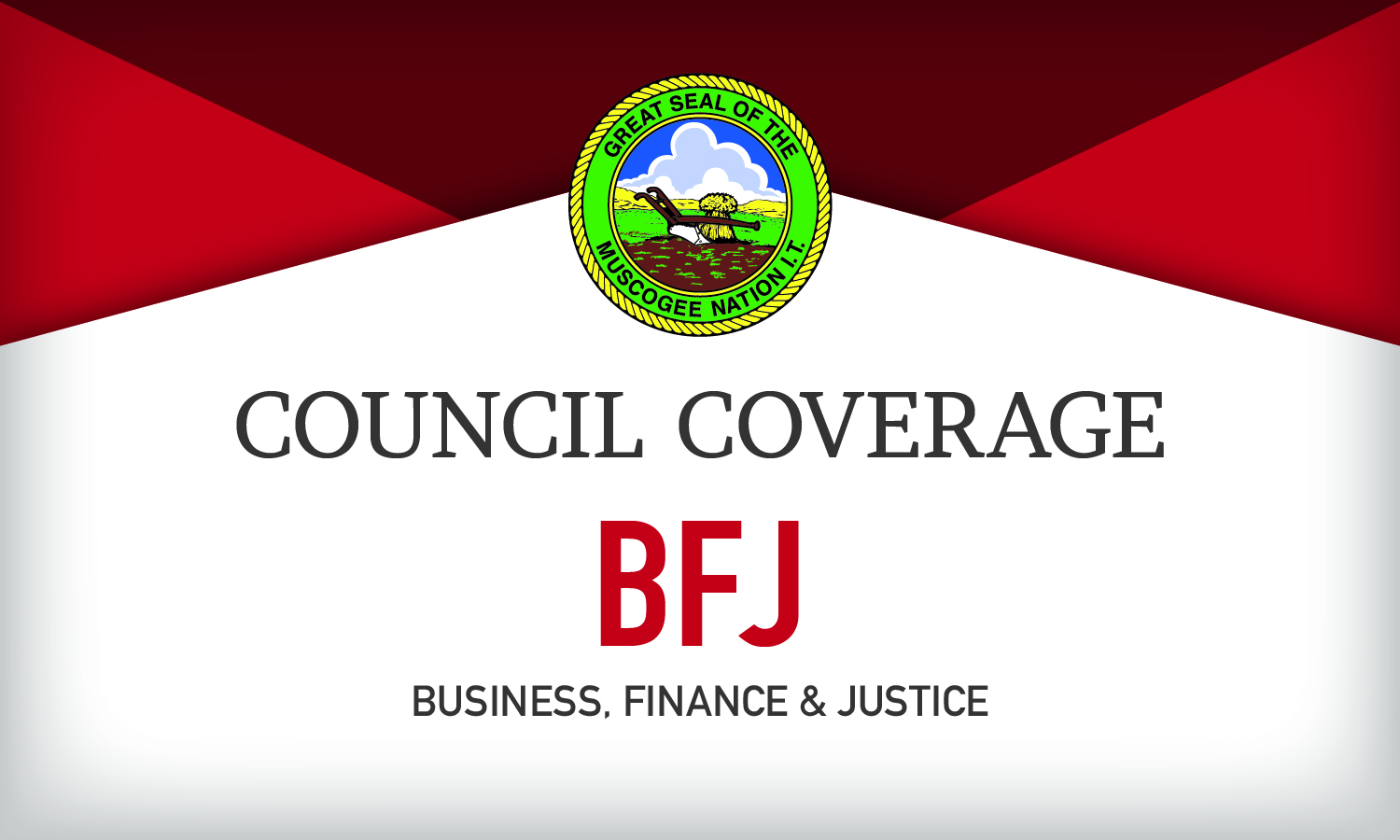 MCN becomes a member of the National Congress of American Indians

All laws passed are subject to full council approval at the regular session on September 25.

BFJ discussed the following legislation, the interpretation of which is attributed to language in bills:

RCN 21-009 Confirmation of Shane Berry to serve on the Lighthorse Police Commission. Rep. Mark Randolph sponsored the legislation, no action was taken due to the lack of a motion to pass.

MCN Code Annotated Title 50 requires that a member of the Lighthorse Police Commission be selected by the National Council.

The National Council chose Berry to serve as a member upon confirmation of the full council until September 25, 2024.

MCN Code Annotated Title 50 requires that a member of the Lighthorse Police Commission be selected by the National Council.

The National Council chose Henry to serve as a commission member after confirmation by the full council until September 25, 2024.

TR 21-128 Establishment of tribal affiliation to the National Congress of American Indians. Representative William Lowe sponsored the legislation, which passed 4-0.

MCN meets the criteria to be eligible for NCAI membership. A tribal contribution of $ 30,000 will be due for the year 2021-2022. Based on the registration of 92,116 people, in accordance with the NCAI statutes, Article III titled Members under Section B authorizes the MCN to have 180 votes.

A permanent budget ordinance is needed to provide funding to the three branches of government until the overall annual budget for fiscal 2022 is approved by separate legislation.

Full agendas and meetings can be found at: www.mcnnc.com.