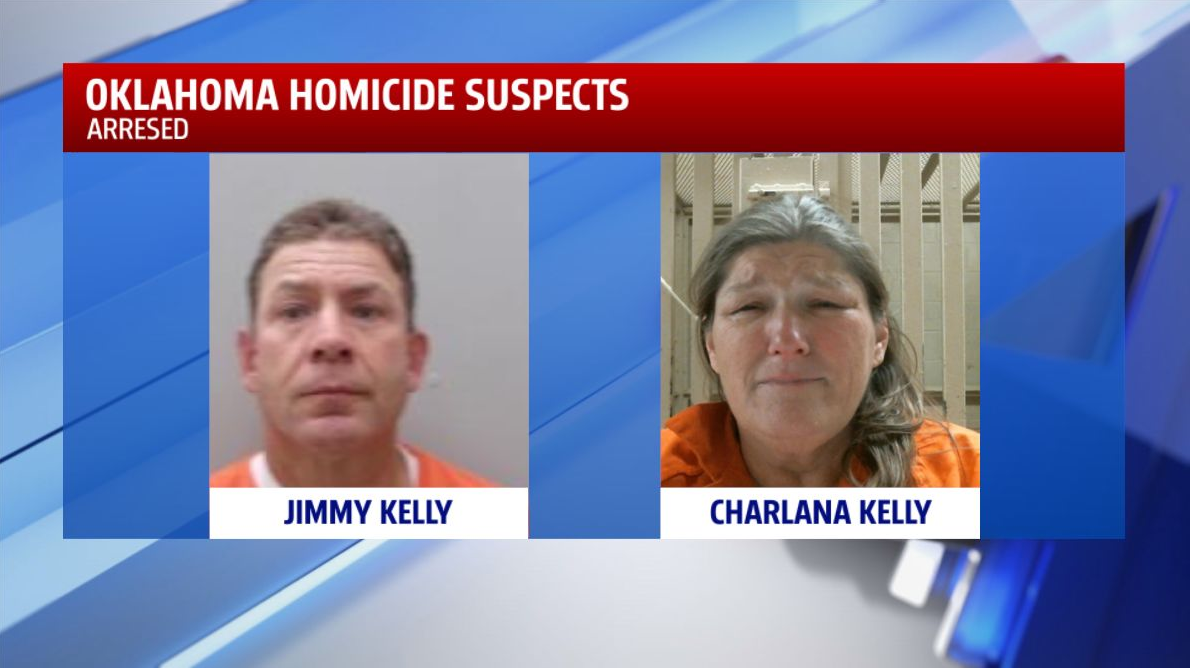 Joint OBSI and FBI homicide investigation leads to arrest of 2 people in Oklahoma; 1 accused of murder in Indian country

OTTAWA COUNTY, Oklahoma (KFOR) – Two people were arrested Wednesday, including one accused of killing a person in an Indian country, as part of a joint homicide investigation by the Bureau of Investigation of the State of Oklahoma and the FBI.

Jimmy Kelly, 51, was arrested following a federal murder complaint in an Indian country using a firearm to commit a violent act. He is in the custody of the US Marshals. Charlana Kelly, 52, is suspected of aiding and abetting a crime at the Ottawa County Detention Center, OBSI officials say.

The joint investigation was initiated at the request of the Quapaw Nation Marshal’s office.

A gunshot victim will be arrested following a drug trafficking complaint after being released from hospital; a large supply of drugs, money, a gun was allegedly found at the scene of the crime

The Oklahoma Chief Medical Examiner’s Office will determine the cause and modalities of Moran’s death, OBSI officials said.

No further information was provided.