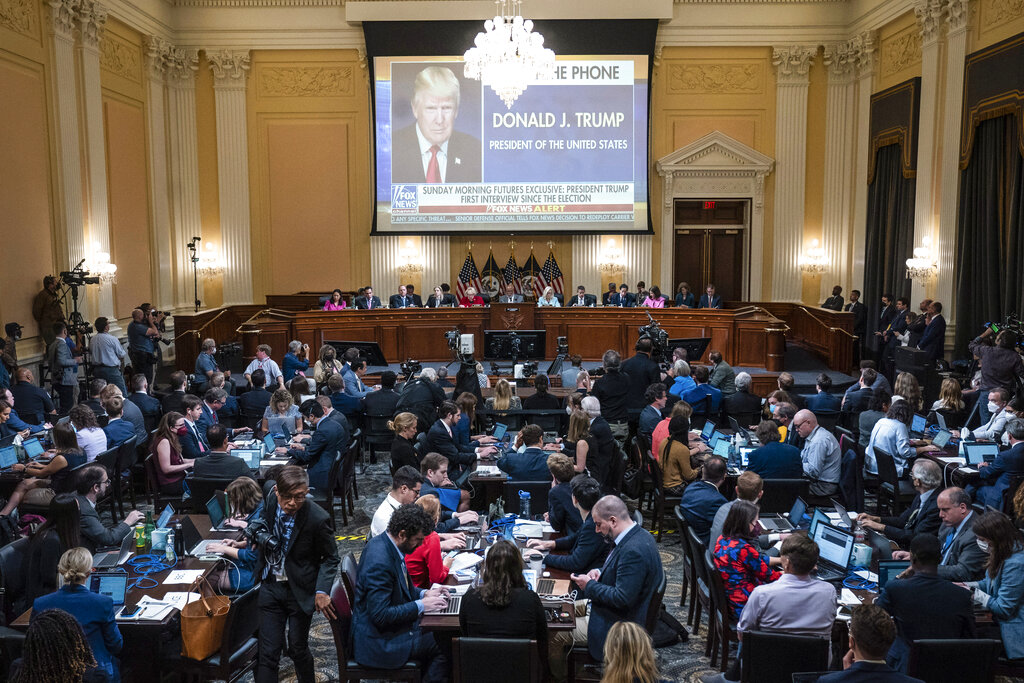 The House committee investigating the January 6, 2021 attack on the U.S. Capitol has postponed its scheduled Wednesday hearing to consider former President Trump’s efforts to pressure the Justice Department to he is investigating his baseless allegations of voter fraud.

In a notice, the committee said its hearing scheduled for Thursday would still take place, but provided no further details.

Former acting attorney general Jeffrey Rosen, his deputy Richard Donoghue and Steven Engle, then chief of the Office of Legal Counsel, were all scheduled to appear before the committee on Wednesday.

Rosen and Donoghue were among the first committee witnesses to testify voluntarily before panel investigators and also spoke with the Senate Judiciary Committee for a report it released in October.

“At our third hearing, you will see that President Trump corruptly planned to replace the Attorney General in order to have the United States Department of Justice spread his false, stolen election claims,” said Vice President Liz Cheney (R- Wyo.) audience time last Thursday to preview his upcoming work.

“In the days leading up to January 6, President Trump told his top Justice Department officials, ‘Just say the election was corrupt and leave the rest to me and the Republican members of Congress.'”

Trump’s pressure campaign at the Justice Department was reported just days after President Biden took office in a New York Times report detailing a notable meeting in which Trump said he would install a mid-level attorney as attorney general to investigate allegations of voter fraud in Georgia and other states.