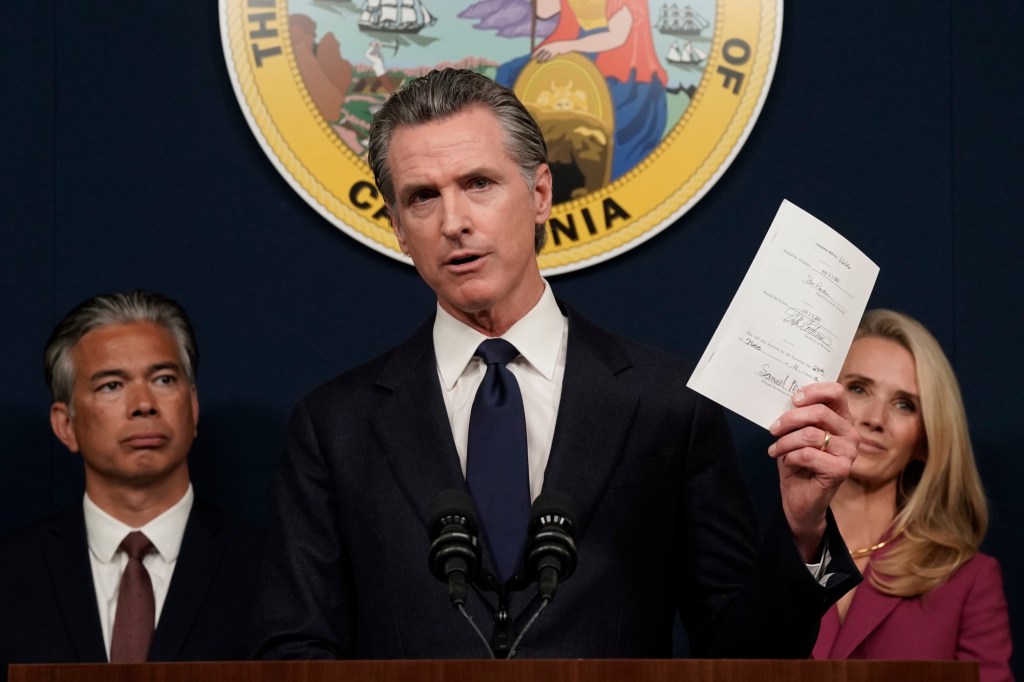 SACRAMENTO — It’s hard to understand the rationale behind Governor Gavin Newsom’s political announcement for Florida’s Independence Day, who urged Floridians to “join us in California where we still believe in freedom.” . OK, there’s political justification given that Newsom might actually be considering running for president, but the video ad is inexplicable.

In fact, its wording suggests that Newsom might be delusional. In recent interviews, the Governor of California explained his motivation by Florida Governor Ron DeSantis’ threat to fine the Special Olympics $27.5 million if the group did not rescind its mandate. vaccination.

On this specific point, I agree that threatening a private group with a fine was a mistake. DeSantis has indeed adopted a variety of “culture war” policies designed to support his budding campaign for the GOP presidential nomination. I have no use for governors of either party engaging in rhetorical bickering as they attempt to appeal to their political base.

I still cringe at the childish battle between former Governor Jerry Brown and former Texas Governor Rick Perry after Perry ran ads in California urging businesses to move. Brown said Perry’s ad campaign wasn’t serious: “It was barely a fart.” It’s silly, but Perry’s ads made logical sense given that California’s regulatory climate has long been a boon for Austin and Dallas.

But in what universe can a governor claim that California — despite its historic appeal to entrepreneurs and creatives — remains a beacon for people seeking freedom? This ship sailed like a yacht that left the port of Long Beach.

California could arguably be freer when it comes to certain social behaviors, but in most areas – starting and running a business, pursuing a job, building homes, educating our children without government control – it is unquestionably one of the states the least free in the country.

Our tax rates are so high that Californians are mostly free to work longer hours to pay a bare minimum for mostly shoddy services. Keeping the money one earns is in a way the ultimate question of freedom. Does Newsom not know that our population is on the decline – as people flee our sunny climate and beautiful landscapes for abandoned places like Nevada and Oklahoma?

Additionally, Californians face water shortages and draconian water restrictions even as Newsom’s own administration has rejected new storage and desalination projects. His administration is scrambling to keep the lights on as the heat rises.

Ah, nothing says freedom like the water police fining you when you wash the car. Or rely on a generator after the lights go out when the state mismanages the power grid. I don’t feel particularly free knowing that the state is also busy banning these generators and other small internal combustion lawn equipment. But that’s the California way.

Whenever a think tank or trade group produces a study comparing states – on tax rates, licensing rules, regulatory hurdles, quality of public services or housing costs – I always saves time by immediately scrolling down the list. The only question is whether California will fare better than Illinois, New York or New Jersey.

Perhaps Newsom and his fellow Democrats don’t understand that regulations, which are by definition “rules or guidelines made and maintained by some authority,” mean the opposite of freedom. If a person is free, he obviously chooses how to live. If a person is regulated, they must behave as dictated by government authorities.

Consider licensing laws, where the government imposes a long list of conditions (fees, educational requirements) on one’s ability to work legally. How free are we if the authorities make the job so difficult that we have no choice but to operate in the underground economy? “A ‘professional license’ is, simply put, permission from the government to work in a particular field,” explains the Libertarian Institute for Justice.

The government mandates training, which is often disconnected from the actual work that licensees will do. Typically, business groups keen to reduce competition from new workers push for binding terms. According to IJ’s latest report, California has some of the strictest licensing rules in the country. Instead of revising them, the state hires more inspectors to fine and even jail unlicensed workers.

This should surprise no one. In 2019, Newsom signed “landmark” legislation (Assembly Bill 5) that largely banned companies from hiring independent contractors to help unions get a boost. Why do you think truckers are blocking the Port of Oakland now? Apparently, Newsom’s idea of ​​freedom does not imply the freedom to work in the free market.

Even when California tries to make us a little freer, it does so in such a heavy handed way that its efforts backfire. The state’s cannabis legalization law includes so many restrictions and taxes that many growers continue to operate on the black market.

So, Governor, Florida may be an unattractive swamp, but it’s less regulated — and therefore generally freer — than California.

Steven Greenhut is director of the West Region of the R Street Institute and a member of the editorial board of the Southern California News Group. Email him at [email protected]

Shutting down a storm shelter business leads to warranty issues