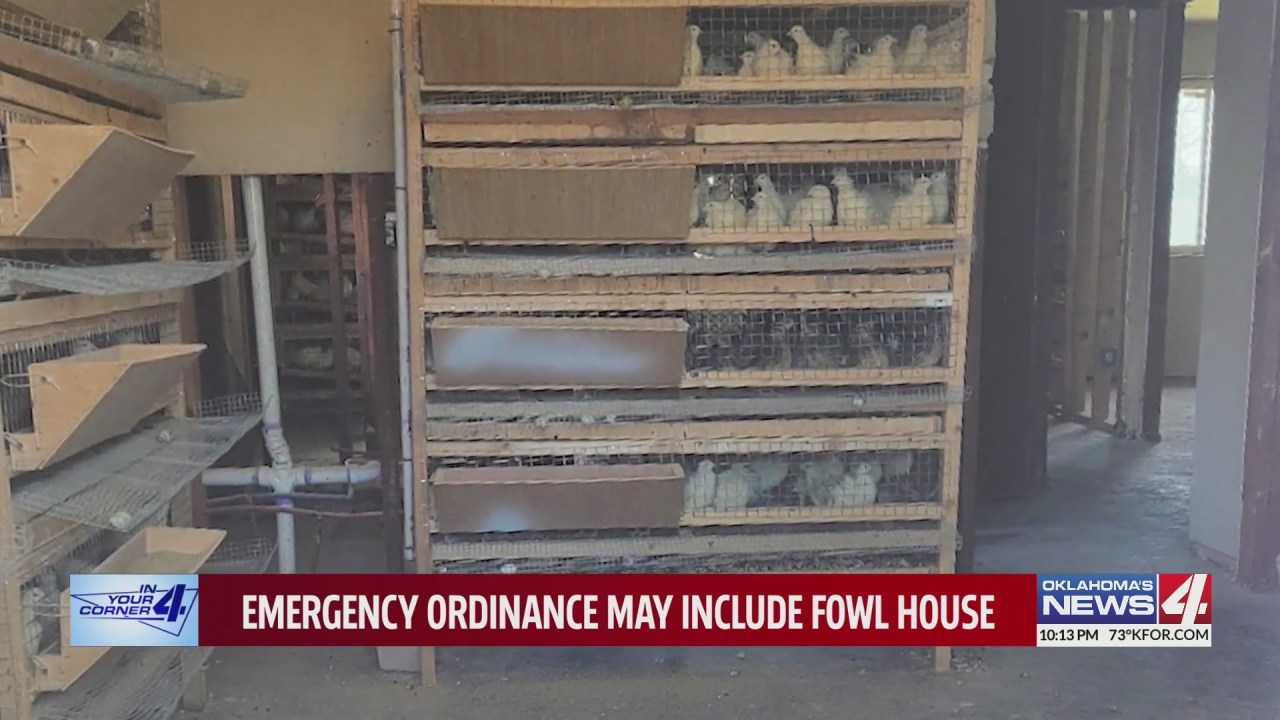 OKLAHOMA CITY (KFOR) – Neighbors in a community in northeastern OKC no longer cry for poultry. A local house filled with hundreds of quails may now be in violation of a city ordinance.

It’s a house that has ruffled a few feathers on the northeast side.

KFOR first spoke to Diane Carroll Jackson in the spring when she complained about a neighbor whom they knew harbored birds by bushel.

â€œDuring this year it’s full of birds,â€ she explained. “Hundreds of birds in cages.”

But apart from a few minor complaints of garbage and odors, Diane was surprised to learn that the house did not violate any city code.

According to the county’s real estate appraiser, the home’s value has fallen nearly 65% â€‹â€‹in the past year.

â€œWe are trying to have a safe, clean and productive community to live in,â€ said Diane.

This sentiment was echoed by his municipal councilor, Nikki Nice.

â€œI give my word, this is something that I will continue until the end,â€ the Ward 7 council member told In Your Corner.

Nice presented its project to the city council, demanding that an ordinance in force concerning farm animals be extended.

This ordinance says that these animals must reside on property of at least one acre. But these quails were not included before.

â€œThere have been concerns in the community,â€ Nice told council members.

A few weeks later, the board agreed. The ordinance was adopted unanimously and received emergency status.

Those who are not in compliance will have three months from the beginning of September to do so.

“People seem to think they can do things for the northeast community and we won’t say anything, or don’t care,” Diane told our team after the ordinance was passed. “But we’re doing it, and we’re going to say something about it.”

News 4 attempted to contact the owner on several occasions, but was unsuccessful.