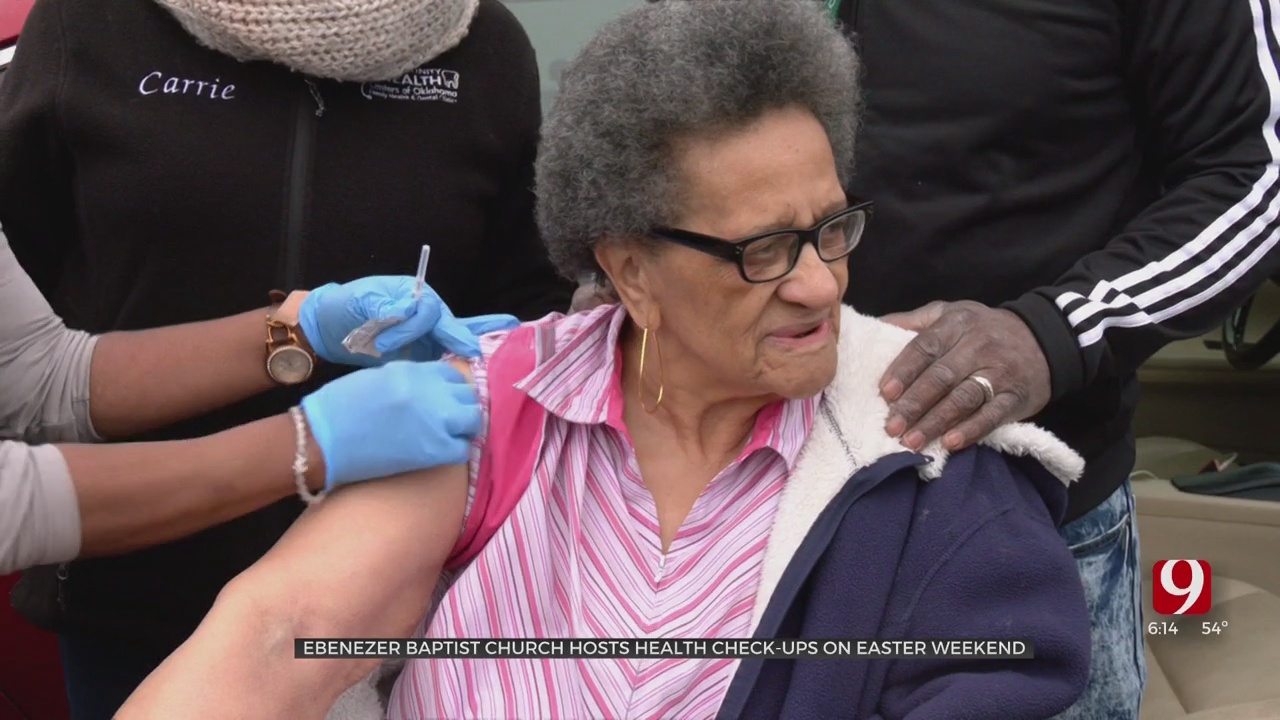 A local church in northeast Oklahoma City held an Easter festival on Saturday. Besides being a fun event for kids, there were several resources focused on addressing health issues.

Children scattered around the grounds of the Ebenezer Baptist Church collected as many Easter eggs as there was room in their baskets.

Pastor Scobey said it was his wife’s idea to organize a RISE festival, an event focused on improving self-excellence. Adam Alexander and David Conkerite helped with several booths focused on raising awareness of available health resources.

Pastor Scobey said he knows his church is a place of trust for many people. Phyllis Wilson and her mother Claudette Bruner agree. Wilson drove his mother to her church to receive her COVID-19 vaccine.

“She felt comfortable coming to my church to get her shot instead of going to the doctor and going out in public and they gave her a shot in the car,” Wilson said.

“She is 87 years old and she has never had a vaccine or an injection. She doesn’t like to take pictures, so I had to convince her that it was very important for her and for her well-being, that of her grandchildren and me as well,” Wilson said.

“Things were offered today for our community as a whole to our city as a whole, it was a city wide event,” Pastor Scobey said.

Should your child file their taxes this year?