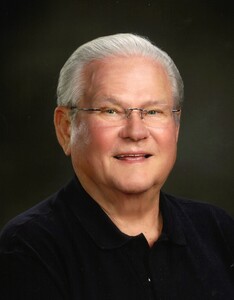 Dale “Buzz” Friestad was born on June 18, 1938 in Ottawa, Illinois, to Martin and Clara (Thorson) Friestad. He and his twin sister were the youngest of seven children. Buzz grew up on a farm in northern Illinois. He started working for the North States Oil Company while in high school. At the age of 21, he was a partner in the company operating his own station in Aurora, Illinois. When the company sold, Buzz partnered with several stations. In 1964 he married Florence Johnson in Downers Grove, Illinois.

In November 1982, the Friestads moved to McAlester when they bought the Santa Barbara Motel, renamed Comfort Inn in 1988, then Best Western Inn of McAlester in 1998. In 2012, he and his son Mark bought the AmericInn . Buzz was very proud of the success we have had with our family business.

Dale had a community spirit. He was a member of the First United Methodist Church, serving on several committees. He was very proud to be one of the promoters of the construction of the new church building. He was a member and past president of the Kiwanis Club, served on the Board of Directors of the Chamber of Commerce twice, served on the Board of Directors of the Country Club, was a 32nd degree Mason and Shriner and played a decisive role in the arrival of the Sunbelt Classic at McAlester. Dale was an active member of the community Bible study group.

Buzz enjoyed traveling with his wife in their motorhome. He enjoyed golf as well as boating on Lake Eufaula and other lakes and rivers. He was looking forward to spending time with his wife and family in Port Isabelle, Texas (South Padre Island). Buzz very much enjoyed watching his favorite TV game shows every day and drinking coffee with friends at Marilyn’s Restaurant.

Dale is survived by his wife of 57 years, Florence Friestad; her children Julie Renner; Mark Friestad and his wife Melanie; grandchildren, Jordan Renner and his wife Audrey, Jacquelyn Renner, Zac Friestad, Ava Friestad and many other loving family members.

We thank the McAlester Fire Department paramedics for all their help and caregivers Darnette and Randy.
In lieu of flowers, memorial contributions can be made to the First United Methodist Church of McAlester, Church Building Fund; 1501 S. 13th Street, McAlester, Oklahoma 74501.