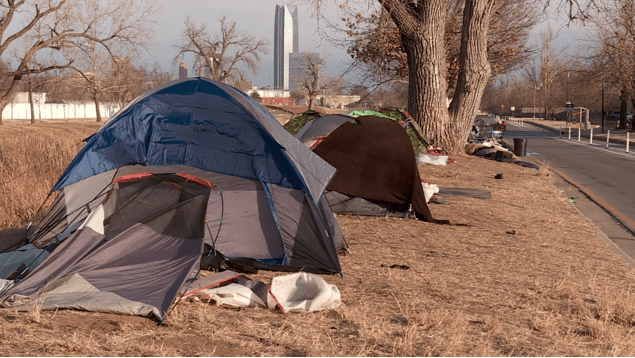 Census this week to count the homeless in Oklahoma City

OKLAHOMA CITY (KFOR) – A census will be taken in Oklahoma City on Thursday to count the number of homeless residents in the city.

The purpose of the census, called Point in Time County, is to provide another data point in the city’s ongoing effort to better understand the problem of homelessness.

The upcoming count of homeless community members will be the first of its kind since the COVID-19 pandemic, city officials say.

Communities that receive funding from the Department of Housing and Urban Development must conduct the survey at least once every two years. Oklahoma City typically conducts the survey annually.

The count was first canceled last year due to the pandemic.

“This is a particularly difficult population to count accurately,” said Jerod Shadid, program planner for Oklahoma City Homeless Services. “Things like the weather on the day of the count and enhanced counting strategies can cause the numbers to fluctuate. That’s why the year-over-year result might not tell you much, but taking the survey every year and looking at trends over time helps us identify where we we need to focus our resources.

The survey does not include people who are temporarily homeless and staying with a friend, relative or acquaintance.

The 2020 point-in-time count found 1,573 homeless in Oklahoma City on count day, an increase of 300 homeless community members since the 2019 count.

“Increased outreach efforts on the streets before the count could have played a role in finding more people in January 2020,” said Dan Straughan, executive director of the Homeless Alliance. “This year, we expect the numbers to increase. The question is how much?”

Service providers say that part of the reason the homeless population has increased is the lack of availability of affordable housing.

The results of the homeless census will be released later this year. A specific timetable was not given.