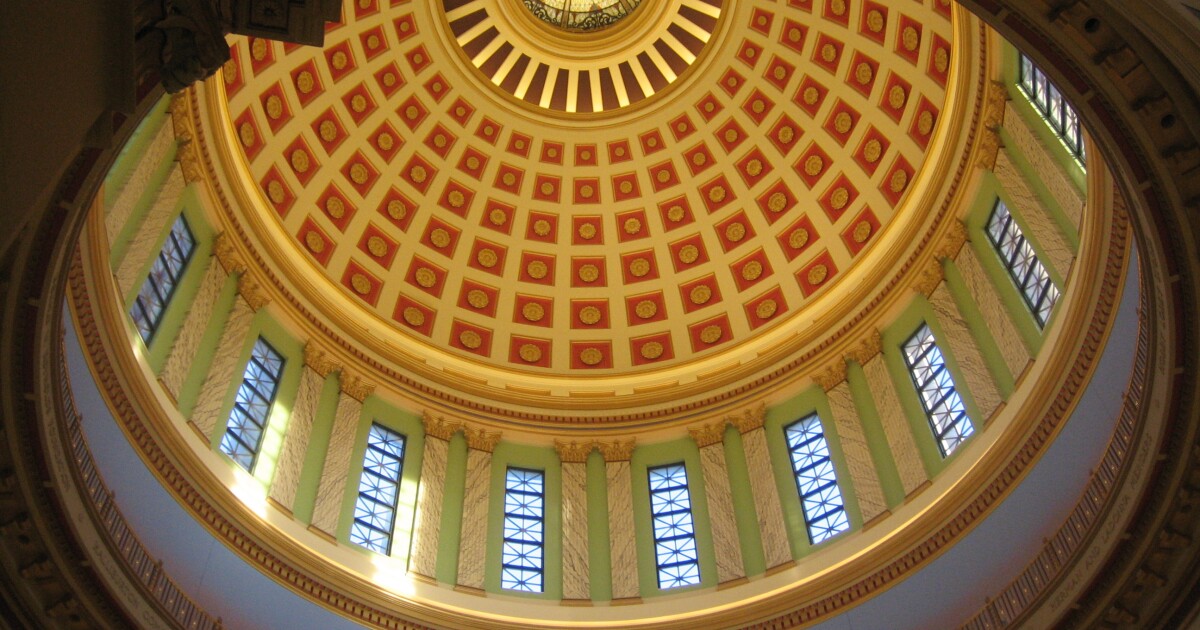 Capitol Insider is sponsored by the Oklahoma State Medical Association. Physicians dedicated to providing and increasing access to health care for all Oklahomans. More information on OSMA’s vision and mission on okmed.org.

Dick Prior: This is Capitol Insider – takes you inside Oklahoma politics, politics and government. I’m Dick Pryor with Shawn Ashley, editor of Quorum Call. Shawn, a frantic final week of the regular legislative session, forced lawmakers to wrap up their work over the last two days of the week, yesterday and today, before adjourning Sine Die. A lot of things happened. First, the general appropriations bill, Senate Bill 1040, became law without Governor Kevin Stitt’s signature.

Shawn Ashley: Yes, it’s really unusual. I can’t think of my nearly 20 years here on Capitol Hill when a general appropriations bill, the state government’s major spending bill, went into effect without the governor signing it. On Thursday, the governor held a press conference to address this issue. What he explained, as he has said in the past, is that he only actively participated in the budget negotiations towards the very end. And he said the budget that was in Senate Bill 1040 did not represent a deal. What it was was what lawmakers wanted to do and was actually handed over to it on Monday, shortly after members of the public saw it. And it was the first time he and his staff had the opportunity to go through it line by line. So, rather than sign the bill, the governor decided to let it go into effect without the benefit of his signature.

Dick Prior: The legislature returned today to consider overriding the governor’s vetoes from 2:30 p.m. this afternoon. What happened?

Shawn Ashley: So far, only one bill has had its waiver passed by both the House and the Senate. And that’s House Bill 3501. Listeners may remember that we talked about this bill a few weeks ago. What it does is require the Department of Public Safety to accept traffic violation information from tribal law enforcement agencies. This means that if you received a speeding ticket from Tribal Law Enforcement or a DUI from Tribal Law Enforcement, that information would be entered into the database. ‘State against your driver’s license. Thus, such violations would be treated in the same way. Governor Stitt vetoed the bill several weeks ago. When it came up for consideration of overriding the veto in both the House and Senate, there was no further discussion of the bill and the chambers voted to override the veto. . Following this, it will become law.

Dick Prior: On Thursday, the governor called a special session to convene June 13 to consider eliminating the sales tax on groceries. This is something he wished the legislature had not done. How is this special session call received?

Shawn Ashley: Well, we really will know for sure on June 13, when lawmakers are supposed to show up on Capitol Hill and start this special session, they could give and give on that day. As for the Governor’s proposal to eliminate the sales tax on groceries and also reduce personal income tax, we really haven’t heard from legislative leaders about this proposal. . They focused on the end of the regular session and their own special session related to funding the American Rescue Plan Act. It seems unlikely, however, that because lawmakers rejected these ideas of eliminating the grocery sales tax and reducing personal income taxes during the regular session, they will warmly embrace this idea at a special session when they should be campaigning.

Dick Prior: This special ARPA session that you mentioned will last several months. But already the governor has vetoed one of the bills for water infrastructure projects. Why did this one veto?

Shawn Ashley: Yes, the governorship vetoed part of Senate Bill 429 that would provide $20 million for matching funds to be offered as grants in communities where tribal governments were also funding various projects. Obviously, it seems that the relationship with tribal governments in this part of the bill is what resulted in the veto on the clause.

Dick Prior: Thanks Shawn.

Dick Prior: We’ll have a summary of everything that happened on the last day of the regular session in our next Capitol Insider Monday morning. If you have any questions, email them to [email protected] or hit us up on Twitter @kgounews or @QuorumCallShawn. Until next time, with Shawn Ashley, I’m Dick Pryor.