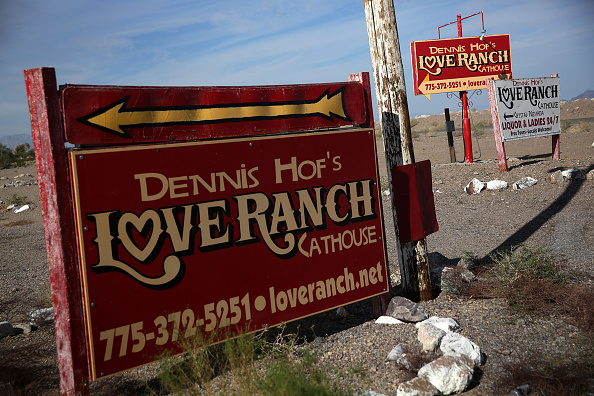 LAS VEGAS (KLAS) – The desert southwest is filled with weird, historic, and downright weird things. Last week, two properties with quite a salacious and scandalous history appeared on the market.

For sale is Dennis Hof’s Love Ranch brothel in the small community of Crystal, Nevada. In Sandy Valley, the former Nevada Sun Rancho nudist ranch is also up for grabs.

Crystal’s brothel is located just over 80 miles northwest of Las Vegas, and Sandy Valley is about 45 miles southwest directly on the Nevada-California border.

The Love Ranch might now be best known as the brothel where Lamar Odom overdosed in 2015. It’s also where its owner, Dennis Hof, died in 2018.

In the $1.2 million listing, the Love Ranch sale includes much more than the brothel, which has 15 one-bedroom suites, two new kitchens and a new bar. A backhoe, crawler excavator, ad truck, and limo are also included, along with 75 acres of land.

The sale also includes another newly renovated bar, two manufactured homes and 21 other developed lots ready for construction in Crystal and Pahrump.

Drive about 65 miles south on Highway 160 and a few miles through the desert and you come to Sandy Valley, home to about 1,700 people.

It is in Sandy Valley that the property formerly known as the Nevada Sun Rancho and before that as the Las Vegas Sun Club is for sale. The property was a nudist ranch for at least 12 years from 1989 to 2007.

The ranch is listed for $475,000 and is described as a seven-bedroom, five-bathroom property, covering 2.25 acres.