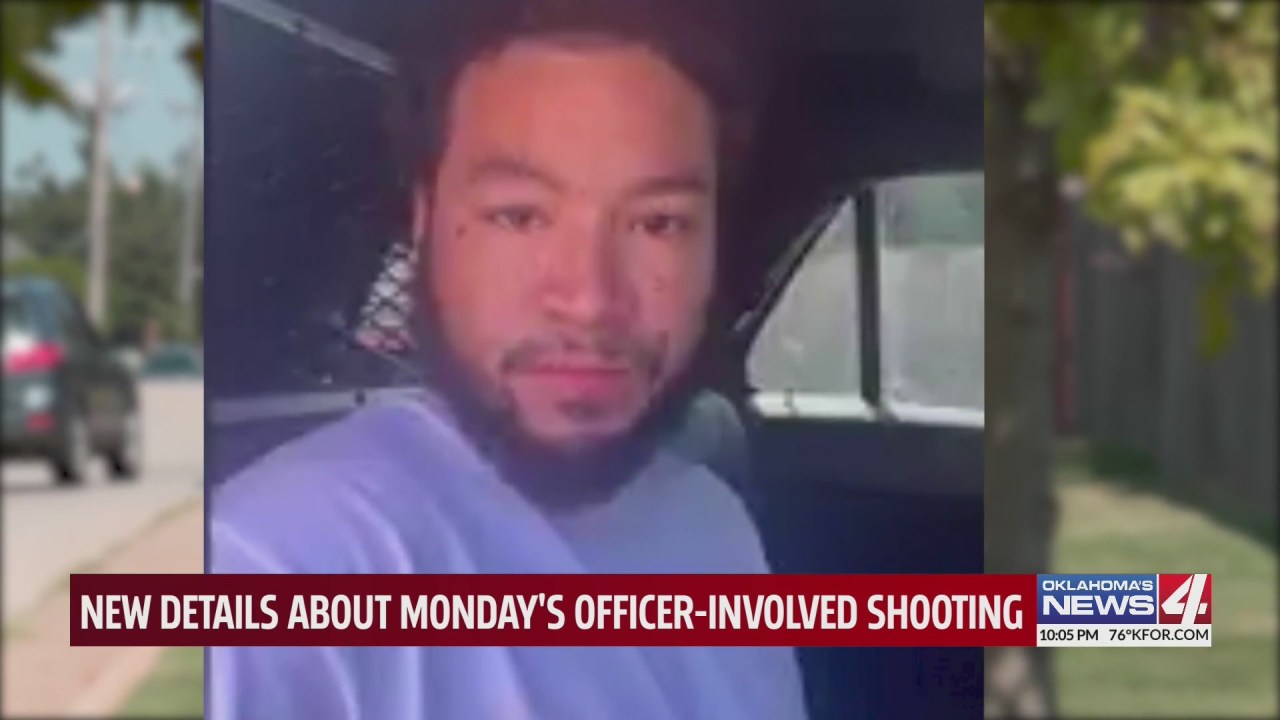 OKLAHOMA CITY (KFOR) – The Oklahoma City Police Department released new body-worn camera footage that captured tense moments of a shooting between an officer and a suspect.

â€œHe collapsed! He bailed out! He dropped the gun! Sgt. Aaron Richards can be heard screaming in the footage. “Go to the field!”

Several shots of Sgt. Richards’ gun rang around noon on Labor Day after a brief chase with suspect Aaron Sayre.

â€œIt’s kind of a world we live in now,â€ said Michael Lemoins, who has lived in the region for 20 years. â€œYou just don’t know. “

New court documents allege that a day before the shooting, the 29-year-old held his girlfriend at gunpoint and stole her car. The next day, the red 2012 Ford Focus was spotted near Memorial and Western. However, when the officer turned on his lights to stop Sayre, the suspect took off.

â€œHe collapsed! He bailed out! He dropped the gun! he said.

Police said Sayre jumped, dropped the gun first, then picked it up to open fire on the officer.

“. Shots fired! He just shot me! Shots! “Shouted Sergeant. Richards to dispatch.”. I’m not hit! I don’t know if he is!

Officers said Sayre took off on foot, to be picked up by a Nissan Cube.

Lemoins lives a few houses away from the stage. He first viewed body camera footage with KFOR after witnessing the aftermath of the shooting.

â€œWhat struck you the most about this video? News 4 asked him. “The number of shots that have been fired and the kind of person he appears to be.” That he was determined to get away no matter what, â€he said.

Lemoins said he was very grateful that no family or children had been outside during the holidays.

The U.S. Marshalls and Oklahoma City Police tracked down Sayre and arrested him on Tuesday. Police said Sayre had multiple felony arrest warrants.

Officers also said the Nissan Cube was also recovered, but no word on the driver of that car.

Capitol Update | News from the city of Ponca