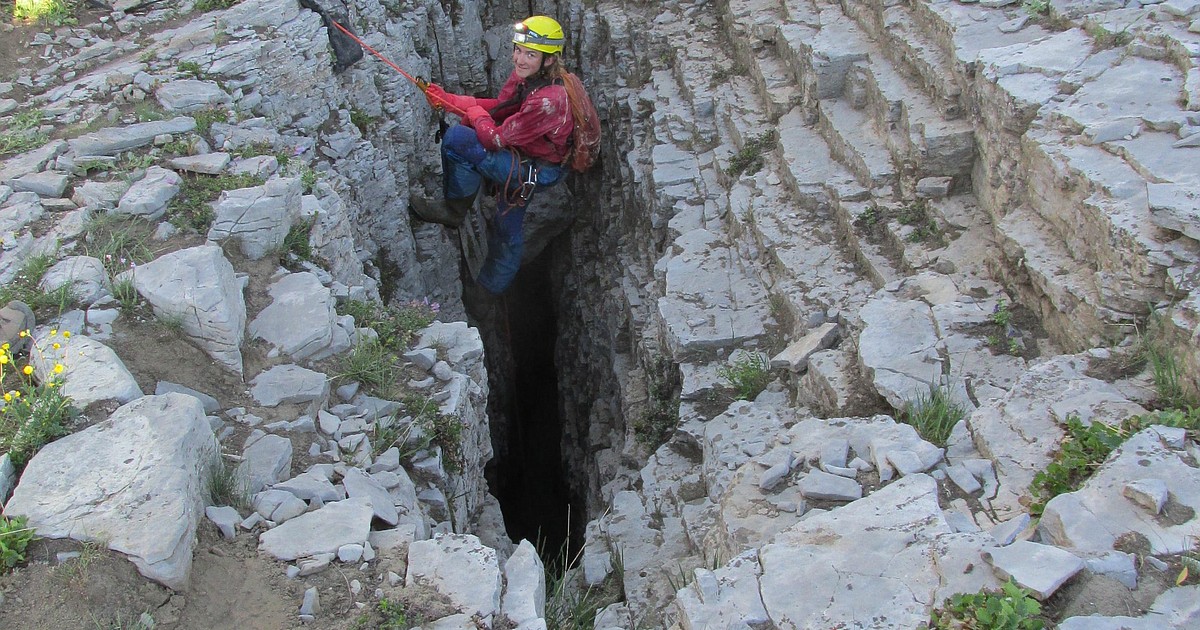 Whether in the sun or the snow, Bigfork High School senior Elliot Sanford enjoys exploring places like the Bob Marshall Wilderness, strenuous hiking, and of course his company’s main attraction – exploring a cave.

“Then there are the caves, which are just such a weird thing and beyond anything I thought I would do. Like, we push ourselves back into caves and crawl through tiny muddy passages and find these mineral formations said Sanford.

Sanford is a member of the Bigfork High Cave Club, which allows students to gain real-life experience by mapping and exploring caves. In fact, he has proven himself to be a leader in the group, compiling more conservation and management reports for public agencies like the US Forest Service than other current club members.

“It’s a lot of work,” Sanford said. “It’s certainly not just a job of two or three people to map a cave.”

Sandford is graduating with the Bigfork Class of 2022 on Saturday, June 4.

Cave Club adviser Hans Bodenhamer said Sanford was one of the more low-key members of the club, but that didn’t stop him from making an impact.

“In the cave club, Elliot gets a lot of criticism for being so quiet, but everyone in the club looks up to him and asks him for advice,” Bodenhamer said. “He led the club to higher safety standards by teaching club members, including me, new ways to tie knots and rig ropes.”

Don’t confuse his calm demeanor with a lack of adventure either, Bodenhamer said. Sanford is also “intense on an individual level”, ready to step out of his comfort zone when exploring and researching caves.

“In caves, he has an insatiable zeal for adventure. On one trip, he soloed over 500 feet of passage that was so tight to move forward that he had to let all the air out of his lungs and squirm to push himself through, which is really say something, because Elliot is thin,” Bodenhamer said.

Sanford said one of his favorite memories with the club included a two-week trip to the Bob Marshall where teammates and another group of “spelunkers” mapped caves and collected data. He remembers there was a cave during the trip that was particularly difficult for his team to map. On a grueling day in the Bob, their attention turned to the middle of Sunray Cave, which has a lower entrance and an upper entrance.

Sanford said they spent their time that day focusing on the middle of the cave.

“That day we were out there mapping that section was one of the longest and coldest days ever. But, after the release, all the plans we make are put on a schedule who draws them digitally, they are revised and all the different parts are stitched together. Seeing this map afterward was pretty cool,” Sanford said.

Sanford was born in Fort Collins, Colorado, but his family moved around a lot during his childhood. From Colorado to Wisconsin, then to New Mexico, Florida, Oklahoma and Nebraska before settling in Montana just before his freshman year.

“I really liked to move, I’m the kind of person who gets restless after a while. So moving has always been part of my family’s life, and coming to Montana was a big change, but I love it here. Being near mountains, rivers and being around people who have the same interests has been really great,” Sanford said.

CELLARS ARE just part of Sanford’s love for the outdoors. He enjoys hiking, camping, and fishing, among other activities. There are a few places in the Swan Valley that he and his family return to when they want to enjoy the outdoors. He said he had a connection to one place in particular, a place where he had camped with his father before the start of the school year.

“Cross-country skiing started before school started and my dad and I were camping in the Swan Valley for about a week. So every day we would go to Bigfork and I was running in the morning with the team and then we’d come back. We had a campsite by the Swan River and we spent the rest of the day fishing and hanging out,” Sanford said.

Sanford also found a home in track and cross country at Bigfork High running the mile, two mile and competing in the high jump.

“Running is something I love so much on its own, the amount of commitment it takes to run in college is not something I’m not ready to do, but just out of the box. part of what I love to race for,” Sanford said.

Following the trend of practicing his leadership skills, Sanford said his time on the cross country team inspired him to coach the sport one day. Two years ago when the team got a new coach, he said he felt like he had an opportunity to step up and become a leader for the team.

“It kind of unlocked what I think is an opportunity for the future,” he said. “When there is a situation where there is no leadership, I find it easy to step in and organize people, just because I like things to run smoothly and be efficient. I have learned so much from my coaches and mentors, passing on this knowledge feels like an obligation. »

After graduation, Sanford plans to attend the University of Montana to major in geosciences, geology, and hydrology.

He hopes to one day be able to continue his work in the caves, doing research or management for an agency like the forest service.

Bigfork High School will hold its commencement ceremony for the class of 2022 on Saturday, June 4. The ceremony begins at 11 a.m. on the soccer field with 78 students ready to graduate.

In case of bad weather, the ceremony will move to the high school gymnasium. The school is located at 600 Commerce St., Bigfork.