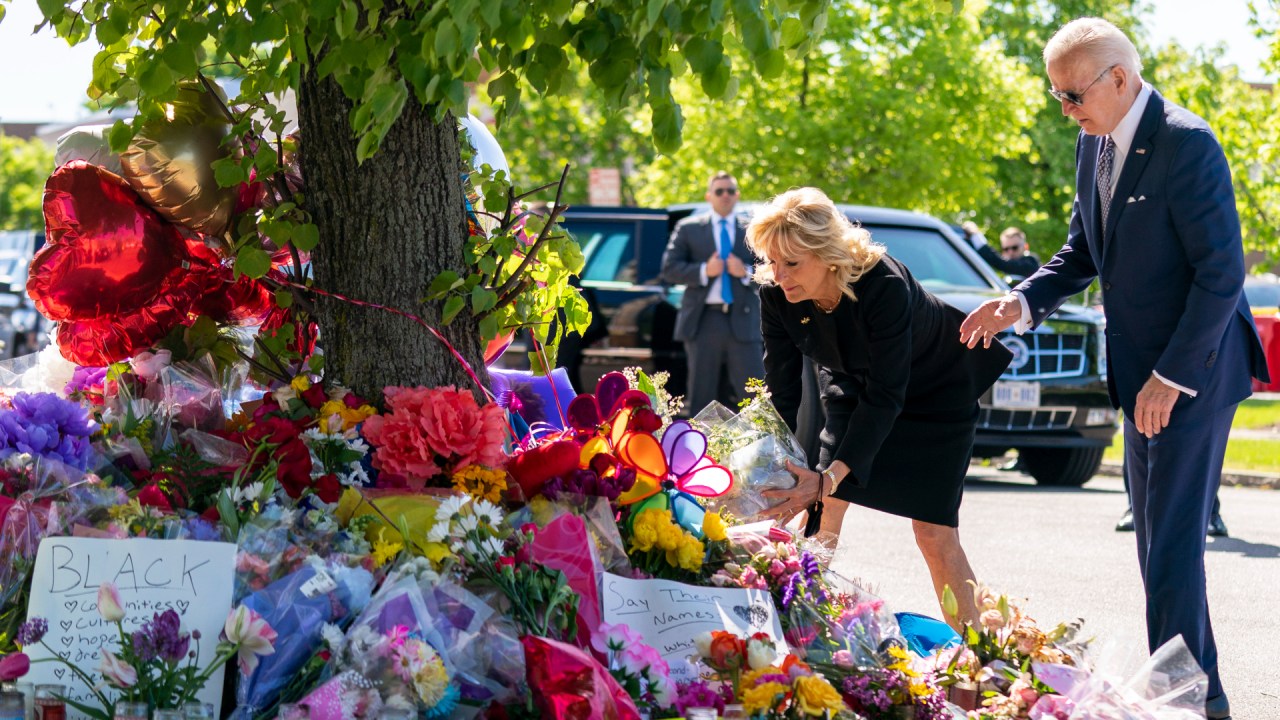 WASHINGTON (NEXSTAR) — President Joe Biden traveled to Buffalo on Tuesday to meet with a community still reeling from a horrific shooting that authorities say was racially motivated.

The President offered comfort and expressed his deep frustration as to why crimes like this continue to happen. He called on America to condemn white supremacy and hateful rhetoric that he said fueled Saturday’s massacre.

The president and first lady visited the memorial outside the Buffalo neighborhood grocery store where the shooting took place and met privately with grieving families.

“We came to cry with you,” Biden said. “It’s not the same thing but we kind of know what it’s like to lose a piece of your soul.”

He said America must reject the racial hatred that was apparently the motive for the murder of 10 black Americans in Buffalo.

“White supremacy ideology has no place in America. None,” Biden said. “What happened here is simple and straightforward: terrorism.”

He also called on lawmakers to address gun control.

New York Senators Chuck Schumer and Kirsten Gillibrand, both Democrats, have promised to push for action in the US Senate.

“To oppose the white supremacist poison that inspired this attack,” Schumer said.

“I promise you each of us is dedicated to doing it until it’s done,” Gillibrand said.

Republican leaders in the House and Senate have condemned the violence.

“Racism of any kind is abhorrent in America and should be fought by everyone,” said Senate Minority Leader Mitch McConnell, R-Ky.

But McConnell said gun control legislation will have to come from Democrats.

The president said commentators and politicians must refuse to use racism to gain profit or power and said no one could be left on the sidelines.