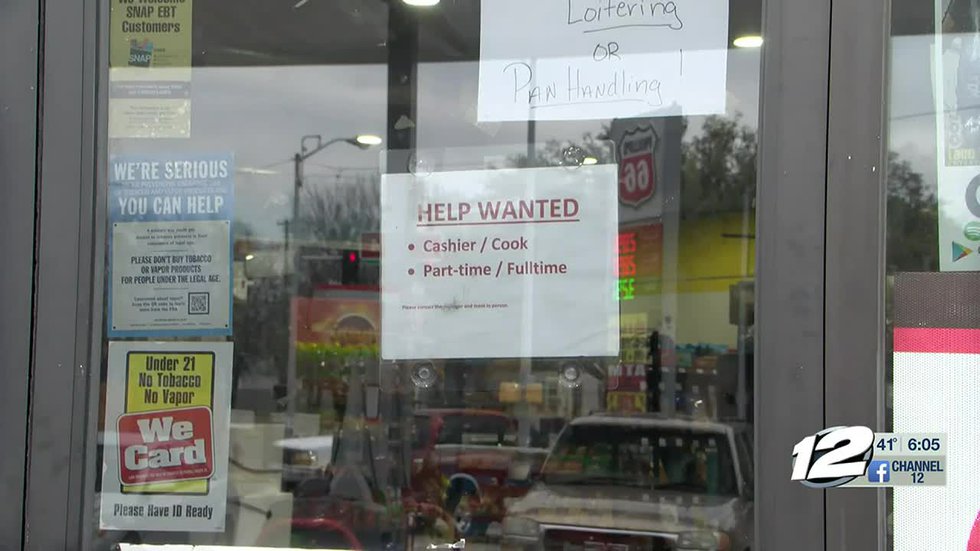 ARDMORE, Okla. (KXII) – Ardmore employers, from large corporations like Dollar General to small family and pop shops, are all saying the same thing, according to Ardmore Chamber of Commerce President Bill Murphy. New workers are hard to find.

“It’s really getting harder and harder,” Murphy said. “Because most people who want to work are already working.”

Sara Griffith works at Carter Express in Ardmore. She said they gave a lot of people work, never to hear from them again.

“They never come back, you know,” Griffith said. “I mean we called them. And they don’t come back. If they don’t show up on the first day, they won’t show up.

“We can’t sleep,” Griffith said. “We work around the clock. But we do what we have to do to make sure the store is running.

According to information from the United States Bureau of Labor Statistics, Ardmore’s unemployment rate is the lowest in a decade – 2.1%.

During that same decade, the labor force – anyone over the age of 16 capable of holding a job – did not increase.

It’s not just Ardmore, the national unemployment rate is 3.9%.

The chamber plans to address this issue in a number of ways, starting with working with local businesses and schools to ensure graduates gain the skills they need for jobs in Ardmore.

“We need to work with our existing employers to understand not just the skills they need in their immediate job openings, but in the longer term,” Murphy said. “What kinds of technological improvements, what kinds of machines are they going to bring, so that we make sure that the people who come into our workplace have those skills.”

The chamber also plans to work with social services to help people with unhealthy substance use issues and mental illnesses re-enter the workforce.

Finally, they will work on recruiting to increase the total population of Ardmore to attract more workers from big cities like Dallas and Oklahoma City.

“We need to find a way to help people who maybe don’t want that kind of environment, who don’t want that 45 minute, 2 hour ride, and talk about the benefits of being in a community like Ardmore, “Murphy said.

If you’re worried that this rush for staff is caused by companies not paying their employees enough, Murphy said that will most likely change if the tight labor market continues.

“Obviously there’s pressure for employers to pay more because of the tight labor market,” Murphy said. “And honestly, because we are seeing price increases across the board. From fuel to food to just about everything. So I think even if it doesn’t increase as fast as some employees want it to, I think the reality of the tight labor market will continue to drive wages up.